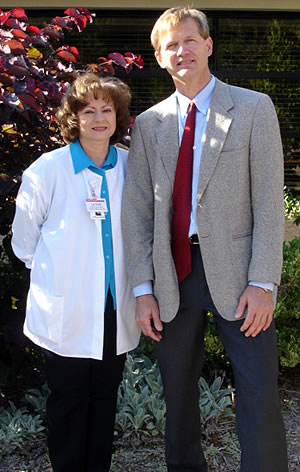 Bones support and shape our bodies by anchoring muscles, protecting our vital organs, and they are very much alive. Bones constantly revitalize themselves through a process called bone remodeling. During this process cells called osteoclasts break down the old bone so the body can reabsorb it in order for other cells (osteoblasts) to form new bone.

These cells are regulated by hormones that include calcitonin, parathyroid hormone, estrogen (in women), and testosterone (in men). As we age, production of hormones slow and more bone is deconstructed than constructed, our bones become more porous which is known as osteoporosis. This process makes individuals at risk for fractures.

Osteoporosis is a chronic, progressive disease characterized by low bone mass, bone deterioration, and decreased bone strength leading to increased bone fragility, morbidity and mortality. Osteoporosis is the most common bone disease in humans and it affects women as well as men. It often occurs during the seventh decade of life.

However, osteoporosis can strike at any age. In the first two decades of life our bodies build bone much quicker than the remodeling process takes back bone in reabsorption. By age 20 bones are as dense as they will ever be; then the process begins to decline. As estrogen and testosterone levels decrease with age, the rate of bone loss increases significantly. In the first five to seven years of menopause, a woman can loose up to 20 % of her entire bone mass. As estrogen levels decrease, osteoclasts become more active and bone demolition increases.

Secondary causes of bone loss include:

Osteoporosis is not detectable on routine x-rays until 30 to 40 % of bone mass is lost. The National Osteoporosis Foundation recommends a Bone DEXA scan for all women age 65 or older regardless of risk factors. I would recommend a DEXA scan in every woman at the beginning of menopause. At this point many women enter a five year period of rapid bone loss. It would be best to know what your bone density was as a baseline before this process begins. A DEXA scan is a noninvasive painless procedure that takes less than 15 minutes to perform. Bone strength is measured by bone quality and bone mineral density (BMD). Bone mineral density is expressed as grams of minerals per area of volume; at any age this is correlated with bone mass. Standardized values are reported as a Z-score and a T-score; both are expressed as standard deviation (SD) units. T-score is calculated by comparing the patient’s current BMD to the mean peak of a normal young adult of the same gender. Z-score is based on a comparison of the patient’s BMD and the mean BMD of a reference population of the same gender, age and ethnicity. The World Health Organization (WHO) defines osteoporosis in a postmenopausal woman as a T-score of less than or equal to – 2.5 at the hip, femoral neck, or lumbar spine. Osteopenia is defined as a T-score between – 1.0 and - 2.5, and normal bone mass are defined as a T-score above – 1.0.

If your T-score is 0, then your bone density is equal to the average 25 year old of the same sex and ethnicity. If your T score is + 1.0 then, statistically your score is one standard deviation above the mean. Conversely, if your score is T = -1.0 then you are one standard deviation below the mean. By definition, ninety percent of the population at age 25 falls within +1.0 to - 1.0. This is defined arbitrarily as normal bone density.

Bone diseases have a major impact on the population. Osteoporosis is a particular threat because of its silent nature which surfaces after a fracture has occurred. Osteoporotic fractures occur at the rate of 1.5 million per year in the United States leading to hospitalization, emergency room visits, 2,600,000 physician office visits, and placement of 180,000 individuals in extended care facilities. Caring for these fractures results in an annual direct care expenditures of 12 to 18 billion dollars in the year 2002; indirect costs such as lost productivity add billions to these figures.

A balanced diet has an important role in bone development and maintenance of bone health throughout the life span. Calcium and vitamin D are key factors in bone metabolism, adequate intake is required throughout life in order for a woman to achieve her genetically determined peak bone mass. Adequate intake is 2000mg of Calcium per day in divided doses and 1000 IU of Vitamin D daily. Foods high in calcium include low-fat milk, yogurt, and cheese, or juices such as orange or cranberry which are fortified with 300 mg or more of calcium. One serving of milk, yogurt or cheese provides 300 mg of calcium. Vitamin D is critical in the absorption of calcium, 1000 IU is required daily, food sources include fatty fish, such as salmon, and fortified milk, cereal, and juices. Vitamin K makes a protein called osteocalcin function which binds to calcium and creates strong bone. As women reach menopause, estrogen declines and vitamin K function is impaired. Food sources include green vegetables such as kale; a half a cup provides more than 500 micrograms of vitamin K, our bodies need 90 micrograms for women and 120 micrograms for men daily.

Weight-bearing exercises such as walking, running, step aerobics, and gymnastics provide the greatest osteogenic stimulus, the effects of exercise on bone mass is caused by osteoblast activity. Regular exercise is associated with reduced fracture risk by means of associated increase in muscle mass, strength, and balance. Weight bearing exercises cause muscles to work against gravity; this triggers the body to lay down minerals in bone.

The National Osteoporosis Foundation in 2006 listed five important steps to bone health and osteoporosis prevention: get the daily recommended amounts of calcium and vitamin D, engage in regular weight-bearing exercise, avoid smoking and excessive alcohol consumption, talk to your health care provider about bone health, and have a bone density test and take medication when appropriate.

Bone mineral density tests are the only way to diagnose and determine fracture risk. Pharmalogic intervention should be initiated to reduce fracture risk in women with BMD T-scores below -2.0 by hip dual energy x-ray absorptiometry with no risk factors and -1.5 with one or more risk factors or patients who have had hip resurfacing. Although there is no cure for osteoporosis, treatment includes bisphosphonates (Fosamax Actonel, and Boniva), calcitonin (Miacalcin), estrogen hormone replacement (Evista), and parathyroid hormone (Forteo) supplements. Patients who fall in the osteopenic or osteoporotic range should be on Fosamax for one year following hip resurfacing.

Femoral neck fracture is the most common complication after hip surface replacement (HSR). It occurs in 1% of all patients. It most commonly occurs 3 months after surgery. After 6 months the bone is fully recovered from surgery and fractures no longer occur (similar fracture chance as the average population).

At this point it is known that women have a higher risk of fracture than men. Also, elderly patients have a higher rate than younger patients. To better assess individual fracture risk after surgery, we are now obtaining DEXA scans routinely on all patients. No published data yet exists regarding fracture risks related to a specific DEXA score. However, logic dictates that patients with lower scores may be at higher risk. Furthermore, the risks in these patients may be reduced if additional precautions are taken. Therefore we have developed the following protocol.

Review us on Google